Galactic fights. This is the name of the program that the prestigious MMA league of the planet wants to launch. TheUFC already owns a reality show called “The Ultimate Fighter”,

In this show, professional fighters not necessarily known to the general public find themselves isolated in a house and compete for the title of “The Ultimate Fighter”.

From 2022, the UFC should therefore launch “Galactic Combat”. There will be 40 fighters in their preparation. A first tournament will take place, and at the end of the fights, 8 fighters will remain. They will then go into space where they will compete in a shuttle, orbiting the Earth for several minutes. 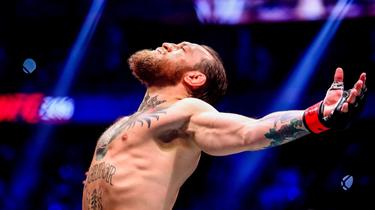 “When people try to hit you in zero gravity, I don’t know if you’ve seen the video of a baby pushing a person in zero gravity and the person ends up on the other side of the room. It’s a whole different way of hitting someone. It’s a very different type of training, said Andrea Iervolino, founder of Space 11, the production company of Galactic Combat. This show is doable. Having two guys fighting in a rocket orbiting the Earth is easy. ”

Novak Djokovic didn't go into element when it got … END_OF_DOCUMENT_TOKEN_TO_BE_REPLACED

Since September 2019, the licensees of the tennis … END_OF_DOCUMENT_TOKEN_TO_BE_REPLACED